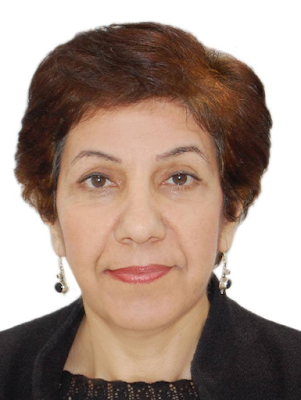 Farideh Heyat is an anthropologist and a writer.  She was born in 1949 in Iran, to Azeri parents.  She spent her childhood in Tehran, growing up bilingual in Farsi and Azeri languages.  Following her graduation from school she moved to Turkey for a year, studying physic at Ankara University.  In 1967 she moved to London to pursue her higher education.  Her first degree was in computing and statistics.  Later she obtained a Master’s degree in computer science.  After a couple of years of working in industry, she trained as a teacher and began teaching computing at further education colleges in London, until 1989.

Following the Iranian revolution of 1979, Farideh became involved in the Iranian women’s movement abroad, publishing books and newsletters anonymously.  She also became active in the Iranian community matters in London. In 1983 she was elected the chair of the newly established Iranian Community Centre in London, funded by the Greater London Council (the first of its kind among the Iranian diaspora).

During the 1980s, Farideh had developed a keen interest in social science and literature.  In 1991, after a year of travelling and living in the USA, she embarked on studying anthropology at SOAS, University of London.  She received her Master’s degree in 1993, and then a PhD in 1999.  Her area of specialisation was the Republic of Azerbaijan, specifically, the position of women and gender relations.  Her choice was inspired by the tumultuous events of 1989-91, leading to the breakup of the Soviet Union and the independence of Azerbaijan Republic.  Since her early youth she had been curious about the cultural difference between the two Azerbaijans, north and south of the Iranian border.  For nearly two hundred years the northern region had been dominated by Russia, and for the last seven decades ruled by the Soviets.  Now finally the borders were open for travel and research.

Her first trip to Baku, the capital, was in 1992, at the invitation of Azerbaijan Zhensoviet (Women’s Association).  During 1994-95 she carried out her anthropological research, returning for short trips in the following three summers.  In the periods she spent in the country she volunteered as an aid worker with a number of NGOs, including the Women’s Association.

Whilst at SOAS, Farideh had studied the history and cultures of Turkic Central Asian countries.  Her opportunity to explore the region came in 2002 when she obtained a teaching job at the American University Central Asia in Bishkek, Kyrgyzstan.  In the year that followed she travelled extensively in Kyrgyzstan and also Uzbekistan and conducted research into the situation of women in the region.  In 2008 she travelled once more to various parts of Uzbekistan.

In the years 2004-2007 Farideh carried out various consultancy work in Azerbaijan.  Her last assignment, commissioned by the Organisation for Security and Co-operation in Europe was an analysis of the situation of women in Lankaran province, bordering Iran, the most under-developed region of the country.  She then planned and participated in organising a women’s centre there to improve the situation of women in the region and support their empowerment.

In 2011 Farideh co-produced a 47 minute documentary film, A portrait of Baku, highlighting the impressive architecture and rich history of the city, the situation of refugees (following the Armenian invasion in 1993) and some of the cultural biases towards women. Currently, Farideh has retired to London, focusing on her writing.  Her last book, Land of Forty Tribes was published in May 2015.  It is based on her many years of research into the history of Central Asia and observations and experiences during her time in Kyrgyzstan and Uzbekistan.