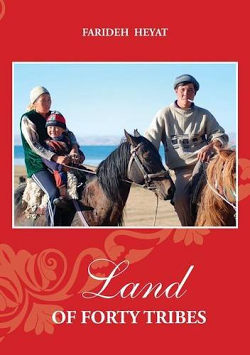 Sima Omid, a British-Iranian anthropologist in search of her Turkic roots, takes on a university teaching post in Kyrgyzstan. It is the year following 9/11, when the US is asserting its influence in the region. Disillusioned with her long-standing relationship, Sima is looking for a new man in her life.  But the foreign men she meets are mostly involved in relationships with local women half their age, and the Central Asian men she finds highly male chauvinist and aggressive towards women. Soon after her arrival, one of her students is kidnapped for marriage and is killed in an attempt to escape. When she questions the girl’s sister and her friend, they respond, “What can we do. It’s our culture”. This impels her to pursue a research journey to far corners of the country, gaining shocking insight.

Sima also explores the spread of radical Islam in the country, meeting with fundamentalist women and attending indoctrination meetings at the mosques. These reveal disturbing aspects of Islamisation in Kyrgyzstan and many of the modern issues that concern the disaffected religious youth of today. More generally, her observations illuminate different lives and cultures in Kyrgyzstan and Uzbekistan, in particular the position of women and gender relations.

01/05/15
Farideh Heyat’s new book, Land of Forty Tribes, is a scintillating story of love, adventure and cultural discoveries set in both Kyrgyzstan and Uzbekistan, the heart of Central Asia. This is a unique book that tackles a range of subjects and is noticeably semi-autobiographical in form.

The text flows well between many themes presented in the book. Visitors to the countries Sima visits will recognise them – the descriptions are accurate and at times bring out the humour required to get by when living there. The major characters in Kyrgyz and Uzbek history all appear in the text as do the social and political changes seen throughout the centuries.

Sima’s exploration of the spread of radical Islam and attendance at indoctrination meetings at the mosques reveal a shocking but deeply relevant storyline that emulates many of the issues of disaffected religious youth of today.

Sima’s observations not only illustrate the different lives and cultures, but wrestle with gender relations and the position of women in Kyrgyzstan and Uzbekistan. A further, unique aspect, to this new book is the connection made between the historical Iranian civilisation and Central Asia (for example the link with Zoroastrianism), which clearly comes from much of the author’s passion and professional research.

All in all the book will be a delight for anyone wanting to explore the region more and the fact that the author has focused on telling as it is, good and bad, is a refreshing style. Its diary-like entries give it a realistic feel and carry the reader along Sima’s every step and thought, some obvious, others truly revealing.

01/05/15
Land of Forty Tribes by Farideh Heyat offers a poignant and sensitive view of contemporary life in Kyrgyzstan and Uzbekistan through the eyes of Sima Omid, an Iranian teacher of anthropology who has fulfilled a lifelong dream to visit Central Asia. Leaving behind her son and job in London, she spends a year exploring the people, their culture and the history of her temporary, adopted home and is quickly bound up in issues relating to the post-soviet, socio-economic climate, family relationships and the growing spread of radical Islam.

Her perspective is not overtly western, given her Turkic roots, but nevertheless, her romantic expectations are quickly eroded as she encounters extreme poverty, poorly equipped tertiary education and corruption. She is shocked too, by Central Asian men’s somewhat chauvinistic attitudes towards women, which resident Europeans and Americans have seen fit to adopt, and which locally, are manifested in the tradition of bride kidnapping.

This is a realistic and deeply absorbing love story which in true tradition of Turkic literature, is multi-layered and peppered with fascinating insights into the traditions, legends and history of this hidden part of the world.

A beautifully crafted and compelling read in its own right, Heyat’s Land of Forty Tribes, provides an enticing flavour of Central Asia which must surely propel readers to seek out and gain a deeper empathy for translated works by these nations’ authors.
X
Section